Posted by flintlockjaw on January 7, 2018
Posted in: Articles. Leave a comment

Jim Watson has recently passed away. My first exposure to his work was the 2000ad story ‘Colony Earth‘ and then later his ‘Tales from the Grave’ strip in Scream!
It wasn’t till years later I ‘discovered‘ his other work in Battle and TV Century 21.

Jim had a very long career in UK comics was a mainstay of the industry. Downthetubes do a way better job of covering his career than I ever could. Click on the links below to read more about this fantastic artist.
In Memoriam: TV Century 21 and Battle Comic Artist Jim Watson
Comic Creator Spotlight: Comic Artist Jim Watson 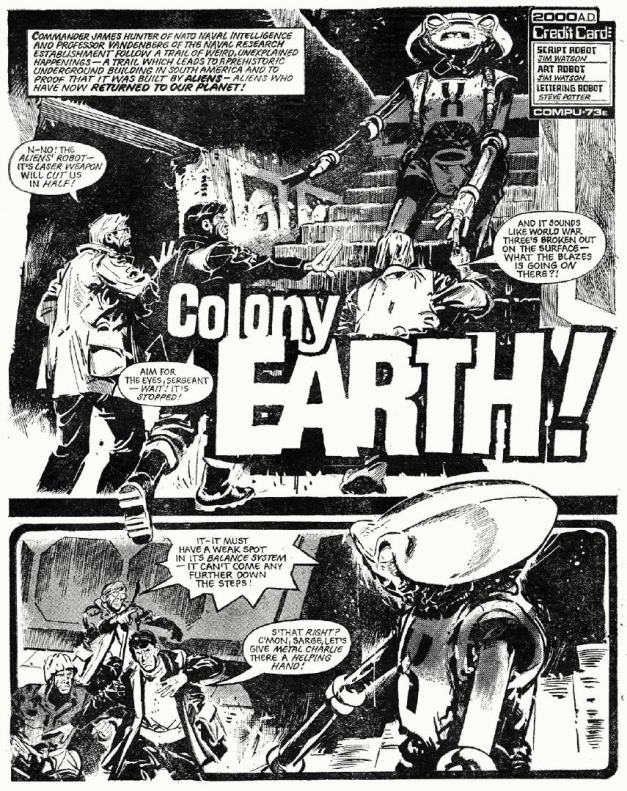