The Law In Order: Think No Evil

It’s a funny old world we live in where, in some areas, liars and the mentally unbalanced are taken seriously as having “psychic powers” and given not only screentime but positions of power. Of course the same can be said for those who believe they have a direct conversation with an invisible sky daddy but that’s another tale. In the Big Meg, such psi powers are the real deal and vary a lot due to what the script demands… 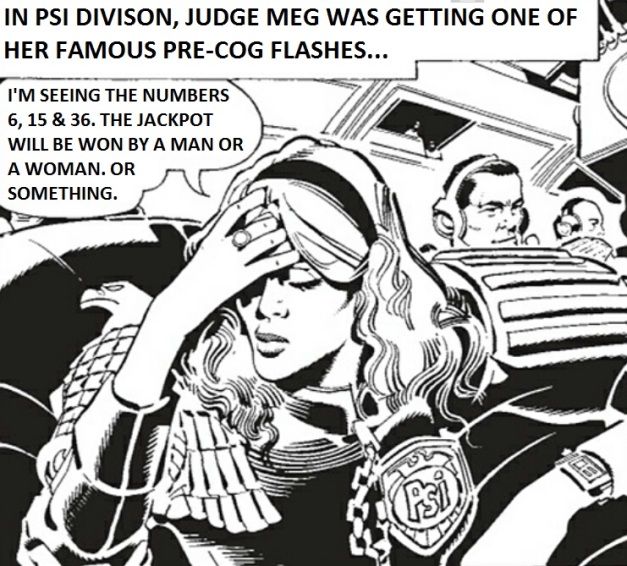 WHAT’S IT ALL ABOUT (IN ONE SENTENCE)?:
A pre-cog makes a prediction of a hold up.

WHO’S THAT IN THE HELMET?:
Psi Judge Sylva is running at 61% accuracy.

IT’S CULTURAL, INNIT?:
Fred Quimby was a brilliant cartoonist, most notable for creating Tom and Jerry.

HOW MANY LINKS?:
Three.