The Law In Order: Dummy

All mannequins are a curious thing. Orlok’s brother was absolutely terrified of them especially after watching a piece of shit movie called “Tourist Trap”. The sight of dummies seemingly under some supernatural control meant he lost all bowel control. Fuck knows what he would make of the film “Mannequin On The Move”. Or Melania Trump. 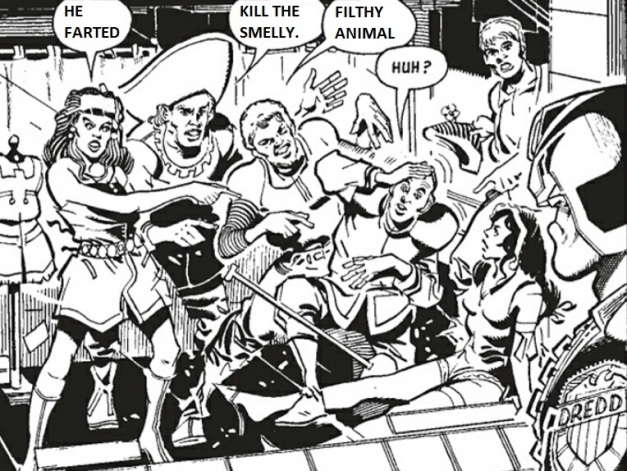 WHAT’S IT ALL ABOUT (IN ONE SENTENCE)?:
A perp fails to escape Dredd.

HOW MANY LINKS?:
Three, and it was a nice commentary on how humans are now the real dummies.