Firmly in the “Not 2000AD, but by dint of theme and creators could definitely fit in”, Luke checks out the first volume of post apocalyptic actioner V2A : The Wasteland Chronicles 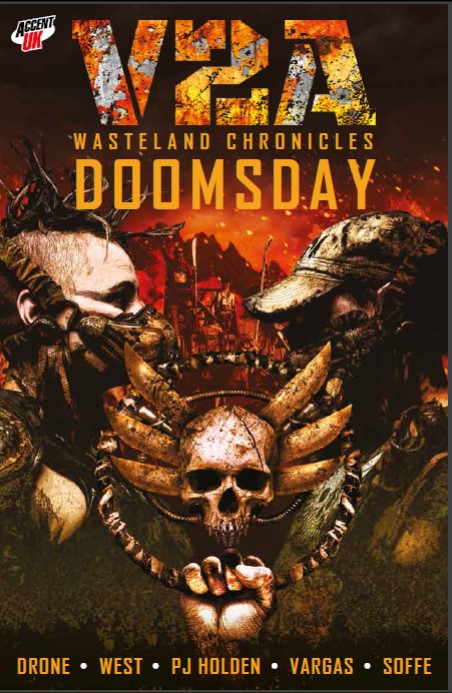 To begin at the beginning.  V2A are a successful “post apocalyptic” rock band. Drone (not his real name) came to Dave Smith, comic write and publisher with an idea of creating a comic. A post apocalyptic comic of course, with V2A as the stars.

Launching as a Kickstarter, this is the first episode of “V2A Wasteland Chronicles”. V2A roam The Wastelands, the post apocalyptic landscape shaped by some undisclosed cataclysm. Thieves and scavengers for hire, they survive by stealing items of value for whoever is willing to pay. On the run after reneging on a job for a local warlord, they lose their pursuers and run into a camp of cannibals, which is where the fun begins.

Both writers have openly said how much they love the worlds of “Mad Max” and 2000AD, and they wear those influences on their sleeve, but because of the polish in its execution it stops short of being derivative. The love of comics and the genre shines through, a homage rather than swipe, the story has many of the tropes of your standard post apocalyptic tale, but its pace and humour keeps things crackling along.

West & Drone have assembled a really impressive creative team for this project. PJ Holden, Ryan Brown (providing the alernate cover)and Matt Soffe are high profile creators, but the other creators who are perhaps less familiar to some of us are no slouches.

Despite the quality of PJ Holden’s work who is clearly having a whale of a time here with Matt Soffe providing a suitably doomsday themed palette , it’s a pity I wish Gustavo Vargas didn’t draw both strips, he’s quite a find. Grittiness with a Jamie Hewlett energy and sense of anarchy.The striking main cover by Vlad McNeally (at the top of this page) has a touch of the Tim Bradstreet’s about it. 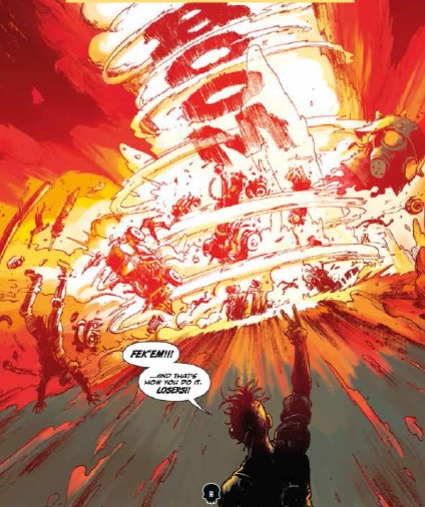 If there is a criticism is that it’s described as a graphic novel, whereas it’s actually the first instalment in a series, and it’s a bit short.  Sophisticated? No. But it is fast paced; action packed, fizzes with energy and is loads of fun. Issue 2 promises to be more of the same. 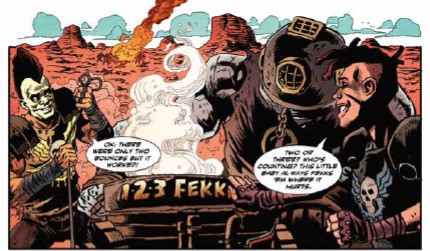 Check out the Kickstarter page