For those who don’t know Sentinel is a comic that is based on what could reductively be described as DC Thomson’s sci fi / fantasy version of Commando : Starblazer. Like Commando, each issue of Starblazer was a complete, mostly self contained sotory, with the occasional recurring character. Well thought of,  it ran from , 1979 to 1991. It was a nice contrast to serialised tales especially when you just want to pick a single story with no cliffhangers, dig around and you’ll find work from Grant Morrison, John Smith, Colin MacNei and  Alcatena. I have a small collection of these from a lorry driving family friend who used to hand them over once he’d finished with them.

Entitled “Bad Kitty”, this month’s adventure stars professional thief Carlos Harrison, with a scheme to rob the very rich resident and owner of the Midas Hotel Rover Kingston – known as Lucky Dog after striking it rich in mining. Carlos scams his way into the best room in the hotel to steal a flymon crystal, the source of Lucky Dog’s wealth. Outwitted and trapped, he’s given an option: work for his would be victim or suffer a more deadly fate. 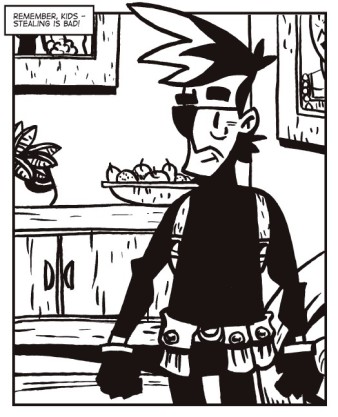 Lucky Dog’s family is slowly being picked off, LD suspects the culprit is a grudge bearing cat his family adopted when he was a pup. Lucky thinks that Carlos’ has the brains to help him stop the cat’s caninicidal rampage.

Tongue in cheek and not taking itself too seriously, plot and script are littered (heh) with dog and cat tropes and nods to classic strips. There are homages to cartoons from our childhood and dearly departed artists. It even guest stars rock band “Cats in Space” (or at least their logo) 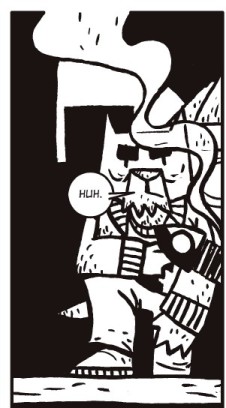 ’77 regular Morgan Gleave’s art is bold, expressive and highly stylised, redolent of the NME and Self Made Hero  artist Jake, or perhaps a less intense Marc Hempel . It’s lovely work, a great example of coherent storytelling with consistent and recognisable characters. The Starblazer influence extends to the panel count, nothing more than 3 per page.

If there’s a criticism, it’s that the lettering is a little stiff , but its a minor gripe. This is loads of fun. Recommended.

Kickstarter for Sentinel issue 6 : “Bad Kitty” goes live on the 1st of February

You can buy back issues here : https://www.etsy.com/uk/shop/SentinelComics

Turn and Face The Strange

With his seeming  recent excision from the Prog and the the Meg on two of his most significant creations, Luke takes a look at the work of the enigma that is cult script droid John Smith and comes over all wibbly and fanboyey’ 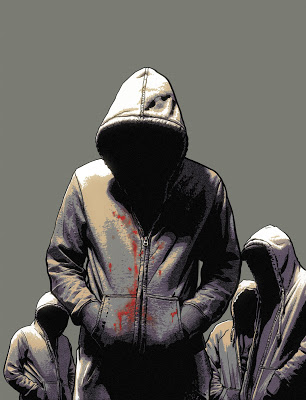